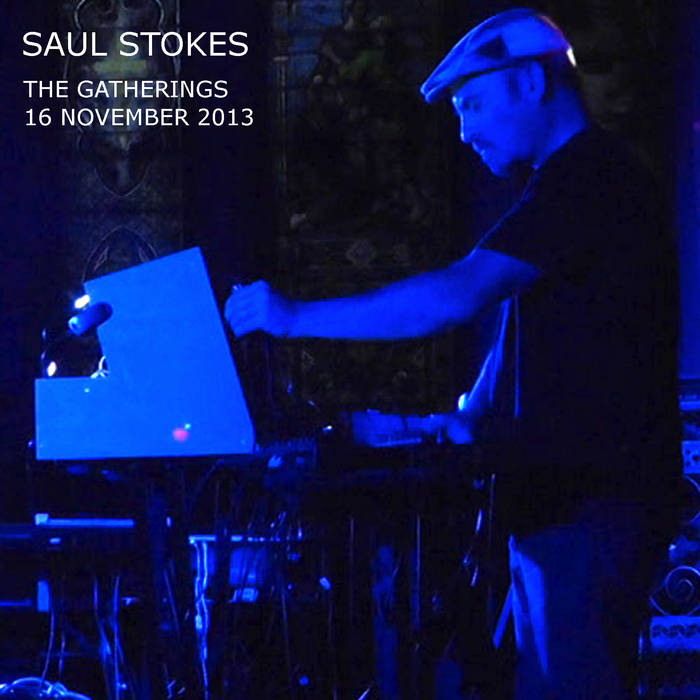 A sonic world is waiting for you. A place where the wild past meets the power and the beauty of the future, and is accessed simply with a ticket to The Gatherings Concert Series. Among the finest examples of this phenomenon are the inspiring concerts made by Saul Stokes. Often referred to as a "sonic innovator", Stokes bridges and bounds the opposing energies of crude electricity and accomplished art - to realize music that aligns perfectly with the beat and pulse beneath and behind everything.

His album The Gatherings 16 November 2013 (86'37") features the unedited entirety of his performance. The sensitive ear will acknowledge the live, vibrant timbres present at every level of his numerous live performances. Using the altar at St Mary's Hamilton Village, Stokes is not arranging for the dance floor, but for the place in the mind where sensory detail becomes thought.

If we think of this music as electrical, a thing made of electricity, then we find it to be always remaking itself - transforming in every instant, yet continually preserving its conception. The limit of effect is merely the limit of the musician's imagination. From moody and psychological to juicy and exuberant, Stokes revels equally in tightly arranged progressions and timeless amorphous drones. Buzzing lead melodies provide a lovely voice in which to deliver a renewing message, while gentle beats and grooves speed up, then slow down - moving these compositions beyond squishy IDM and into the realm of intriguing thought experiment. Unique tones, novel arrangements, comprehensive synthesis and Stokes' joyful intensity provide fuel for the listener's mental adventures.

This work could not have been realized outside the intimacy of the live environment. The immediacy of the moment, the consistent pattern of change and the spark of inspiration all act upon Stokes, as he produces continuous currents of sound for his spellbound audience. This venue, and its patrons, have become known for revealing to musicians what they are capable of - and believe that a new idea in music is worth the challenge to make it. The music Saul Stokes made at The Gatherings now has a second life as an album release. The Gatherings 16 November 2013 was made live, in the heat of the moment, before an enthusiastic, informed community. As these conditions are known for revealing the creative spark, we find both the musician and his listeners experiencing this extraordinary music together in the act of being made.

Please view the video excerpt of this concert:
youtu.be/13GdEimNB60

Proceeds from the sale of "The Gatherings 16 November 2013" by Saul Stokes go to support the efforts of CIMA of PA, the IRS recognized, non-profit, all-volunteer organization which oversees The Gatherings Concert Series in Philadelphia.